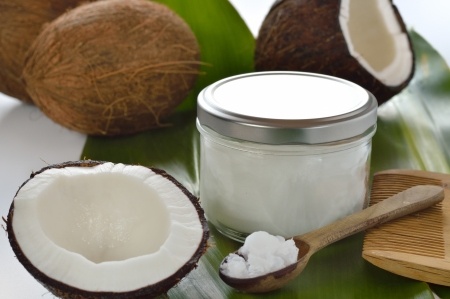 There has been a great increase in not only obesity in the United States in the past 50 years, but also heart disease and other illnesses.

Each year there are many new hot ‘trends’ of super foods or super ‘solutions’ to many health woes or challenges. For example, the Acai Berry, Banana-only diets, and most recently, Avocados. But are these rumors true, or are they just common myths?

Coconut Oil through the 70’s and early 80’s had a high level of unnatural sugars, and the amount of saturated fat it possessed. While small portions of this are not unhealthy, there are also various types of saturated fats. Unfortunately, with the fake sugars and flavoring, this kind was the type to directly influence heart disease, unnatural glucose spikes in the body, and even unwanted weight gain or fat. Though Coconut Oil sounds intriguing and healthy, since it is after all a fruit, this is hardly the case of a lately. For example, although it can serve as a very healthy and natural sun blocker, it’s not something that’s so great for your insides.

According to According to Tom Brenna, a professor of nutritional sciences at Cornell University’s College of Human Ecology, the Coconut Oil with hydrogenated fats and unnatural sugars are the ones you want to steer clear of. Because these chemicals are unnatural, they confuse the body, require additional energy, and ultimately wind up in fat storage as they have minimal nutritional value so they are either washed out–or stored randomly as unhealthy and commonly unwanted fat. Just like other foods, you want to avoid highly processed ones, as they often not only have unnatural and potentially harmful sugar, but also cholesterol forming compounds that are poor diet for individuals of any age and medical condition.

Each year there are many foods and new trends that are hyped up, misleading, and commonly presented by uneducated or unlicensed specialized, according to Kristin Kirkpatrick MS, RD, LD, manager of wellness nutrition services for the Cleveland Clinic Wellness Institute. You must be careful, and ensure you do your due diligence in proper research to ensure you know what it is you’re putting in your body—from a nutritional stand point.

Although a 2009 research conducted showed that individuals whom regularly used Coconut Oil were more prone to weight loss, this also happened to be a natural form of Coconut Oil (and yes, more expensive). Scientifically speaking there were just far too many potential variables otherwise accounted for to truly provide or examine any sort of longitudinal findings, such as sleep variations, dieting, or other fitness routines unknown, or medication(s).

Many would agree, including Walter C. Willett, M.D., chair of the Department of Nutrition at the Harvard School for Public Health, that the most healthiest options to-date are natural vegetable oils, and soy oil. Much more research has been conducted on these, and they verifiably promote healthy weight loss, as they are commonly a substitute to otherwise unhealthy additives or condiments such as butter and salts—also unnatural. Until additional findings are made regarding the health benefits—and dangers—of Coconut Oil, it’s best to minimize exposure and portion it accordingly. Like anything, too much of one thing can be dangerous to ones health.