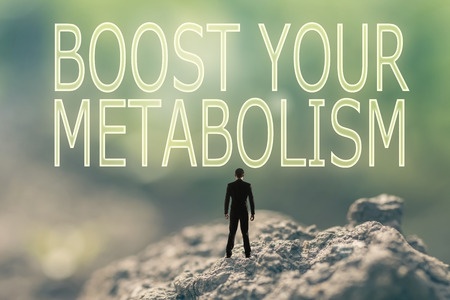 Weight watchers always aim to boost metabolism and burn calories for a better health. However, the speed at which the body will burn calories depends upon some factors. There are some individuals blessed with a fast metabolism by inheritance. Even in rest, men burn calories more than women do. In many people, this metabolism is likely to down after reaching 40 years of age. Genetics, gender and age aren’t under control but there are steps to improve metabolism as mentioned below:

Include more protein in diet

The digestion of protein allows body to burn many calories compared to carbohydrates and fats. It would be fine to replace certain carbohydrates with both lean and protein containing food. Fish, turkey, eggs, lean beef, nuts, tofu, beans,  and chicken can boost the metabolism rate. Low fats dairy items can also do the trick.

Water is required by the body to process the calories. Metabolism is likely to slow down even during mild dehydration. Study says that people drinking up to eight or extra glasses water per day burned higher calories than people who had four. Eating fresh vegetables and fruits containing water also helps in weight loss.

Consumption of heavy meals with several hours in between slows down the metabolism. On the other hand, small meals for every three to four hours will keep the metabolism in check. It will burn extra calories throughout the whole day.

Some ingredients present in the energy drinks may boost the metabolism. These are caffeine rich foods which increase the total energy used by the body. Taurine is an amino acid present in such foods which may speed up metabolism rate and help in weight loss. The consumption of such drinks may also result in anxiety, sleeping issues and high blood pressure in some people.

The body keeps on burning calories even in rest mode but this resting metabolism rate in muscular people is higher. About six calories are used by each pound of muscle for sustaining itself but every pound of fat could burn only two calories. A strength training session activates the muscles throughout the body which raises the average metabolic rate.

There are some natural chemicals in spicy foods which kicks the metabolism into fifth gear. Adding just one tablespoon of chopped green or red chilly boosts the metabolism rate temporarily. Benefits may keep on adding with the consumption of spicy foods.

Oolong tea or green tea contains catechins and caffeine which accelerates the metabolism for some hours. Research reveals that two to four cups of green tea per day may help in weight loss. It allows our body to burn up to 17% extra calories in moderate exercise sessions for a small period.

Coffee may bring a temporary rise in metabolism rate and regular drinkers enjoy these perks. Caffeine may help in increasing endurance during an exercise and may also help in feeling less tired.