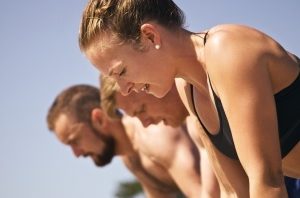 Nutritionists and dietitians have long believed that exercise(s) helped in whetting an individual’s appetite. However, if two recent small trials are to be believed, workouts actually suppressed one’s appetite or food cravings. Young men and women, some who exercised regularly and some that were under diet-control, participated in two miniature clinical trials. All of them exhausted the same amount of calories either by exercising routinely or by eating less. It was observed that individuals who worked out habitually consumed much less food at a buffet compared to those were dieting.

10 interesting facts about the benefits of dates

13 most useful products for the heart and blood vessels

Would We Live Longer or Stay Healthier if We Became Vegans?

Debate over the significance of fats in diet

Steps to come up with proper protein shakes that are functional

Vegetarian dietary benefits and your health

Is Fruit Good or Bad For Your Health?

10 interesting facts about the benefits of dates

Do Workouts Increase Your Appetite or Dulls It?